Microsoft Buys Linkedin Officially – But Why? 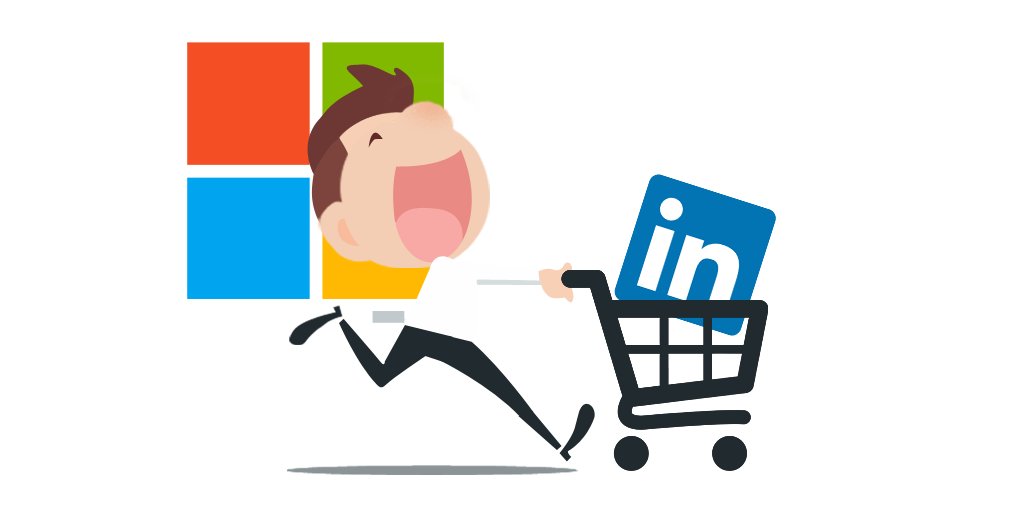 Microsoft has taken a big gamble with their latest acquisition of Linkedin. They paid around $26 billion and Linkedin has around 460 million users, this equates to over $50 per user. But is a LinkedIn user worth that much?

If you’ve advertised on LinkedIn you would know that you have to pay a premium to reach the right people. People that use LinkedIn are business minded people, who are thinking business. There is a lot of really big competitors out there who pay a lot of money to get their ads in front of those people.

It is a much more focused target audience than say Facebook where advertising reach costs can appear on the surface to be rather appealing. To put this into perspective, Facebook at the time of publishing had a market capitalisation of over $347 billion. This is over 10 times that of LinkedIn, but maybe Microsoft is more focused on that highly relevant target market and is planning to leverage it than on creating a gigantic Facebook equivalent.

“As we articulated six months ago, our top priority is to accelerate LinkedIn’s growth, by adding value for every LinkedIn member.”

This comes from the official Microsoft blog article. The above feature is about the only one that I can see having a good value for both LinkedIn and Microsoft users, but other than that I can’t really understand what the benefit will be for end users of having Microsoft join forces with LinkedIn.

What Makes This New Partnership Special?

Microsoft has a name for itself as a reliable mainstay in business software. People know the brand for this. But will people see the brand as appropriate for getting involved with their LinkedIn accounts? LinkedIn has a certain level of coolness to it that comes from being in the age of social media and connecting to each other through online apps.

I believe Microsoft has more to gain from this relationship than the end users do. I would think that Microsoft will force many unnecessary changes on its user base that don’t really seem to make sense.

What Microsoft needs to do is work out how they can create a new trend in the social media world and give its users something that has never been done before and something that we quickly realise is something we could never live without. LinkedIn already does this to an extent, so what does Microsoft have to offer?

We use cookies to ensure that we give you the best experience on our website. If you continue to use this site we will assume that you are happy with it.OkPrivacy policy